Since its inception in 2006, Amsky has specialized in the sales and service of prepress equipment and prepress materials, and has set foot in the R&D of industrialized print technology and developed laser print head of 32 channels, 48 channels, 64 channels, and 128 channels in the succession. By adopting them on CTP successfully, Amsky launched the first generation of Alpha 900 series and produced them in small-scale.

In 2007, Amsky brought the initial leasing service mode of CTP into Chinese market. Since then, Amsky has become the first to successfully integrate CTP sales with continuous CTP service, which offers customers an applicable CTP sales mode with high-quality equipment, low entry threshold and low cost. By virtue of it, Amsky becomes one of the main promoters in driving China’s CTP technology.

In February, 2011, Amsky launched Ausetter 400T and Auseter 400U applicable to quarto plate to meet the demands of small and medium printing companies. In April, the Aurora 800T and Aurora 800U were brought into the market. By combining with the autoloader and processor and achieving the full automation in the process of plate providing, plate making, plate processing and plate stacking, they can reduce the labor cost and efficiency of plate making effectively, ideal for large and medium printing companies with large volume of business.

In October, 2013, Amsky successfully developed Aura CTP and brought it to the market in December. This makes Amsky to be one of the earliest domestic enterprises introduced flexo CTP to the market. Amsky AURA CTP is mainly used in flexo printing enterprises and flexo plate-making center. It can improve the current traditional plate-making technology in domestic flexo printing enterprise and largely enhance its productivity, thereby contributing to the development of packaging printing, such as paper packaging, plastic packaging, metal packaging, etc. and label printing.

With unremitting efforts for years, Amsky has released full series of thermal CTP and UV CTP in succession and received good reputation from customers. 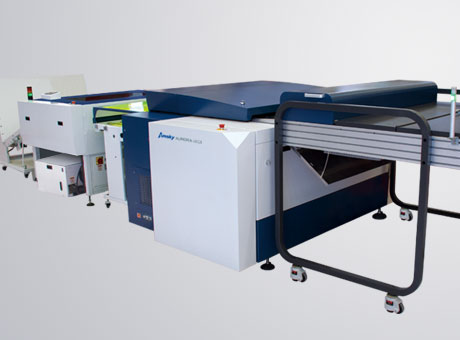 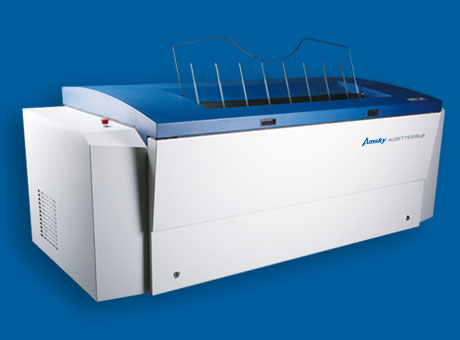