GM HOTFB330 with 50-ton precision hot stamping offers all these finishing effects in one small device. The machine can be used for foil stamping, embossing or one pass foil & embossing giving you the possibility to produce high-quality labels.

The best way to impress consumers is the right combination of quality and beauty, and this is where the FB330 flatbed hot stamp unit from Grafisk Maskinfabrik will help you out. The HOTFB330 is an innovative unit that will give your labels an impressive and unique look-and-feel. On the matter of the quality of hot stamping, the flatbed is the best choice, and on the matter of beauty, the FB330 can add intricate details of gold, silver or even holograms to your labels.

Furthermore, the HOTFB330 is not a one-trick-pony, it will do both hot foil and cold embossing to serve all your needs. Advanced features such as foil saver, servo-register and electronic temperature control & BST web-guide comes as standard.

Emboss and foil in one tool. The precision of the GM flat bed system supports combo tools that foil and emboss in one go. This ensures perfect registration between the foiling and embossed features on the label. 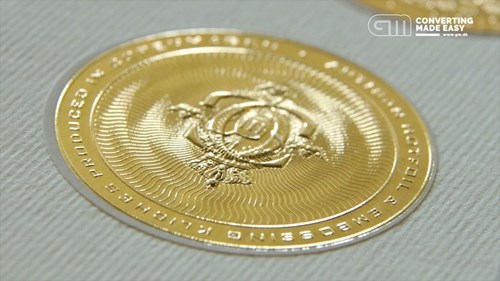 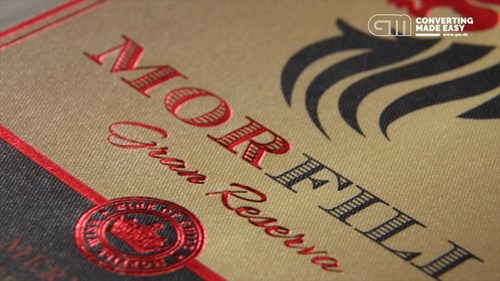 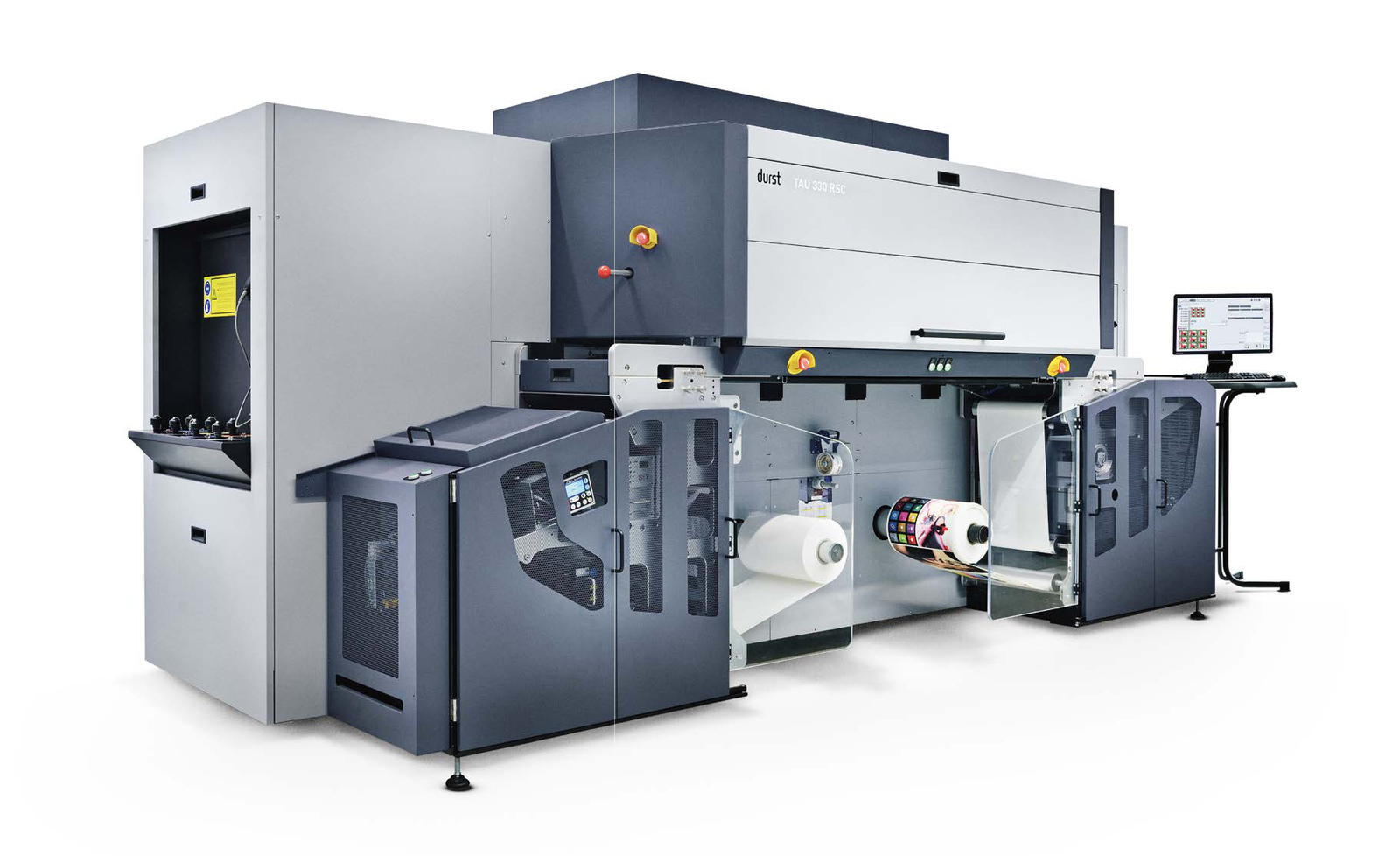 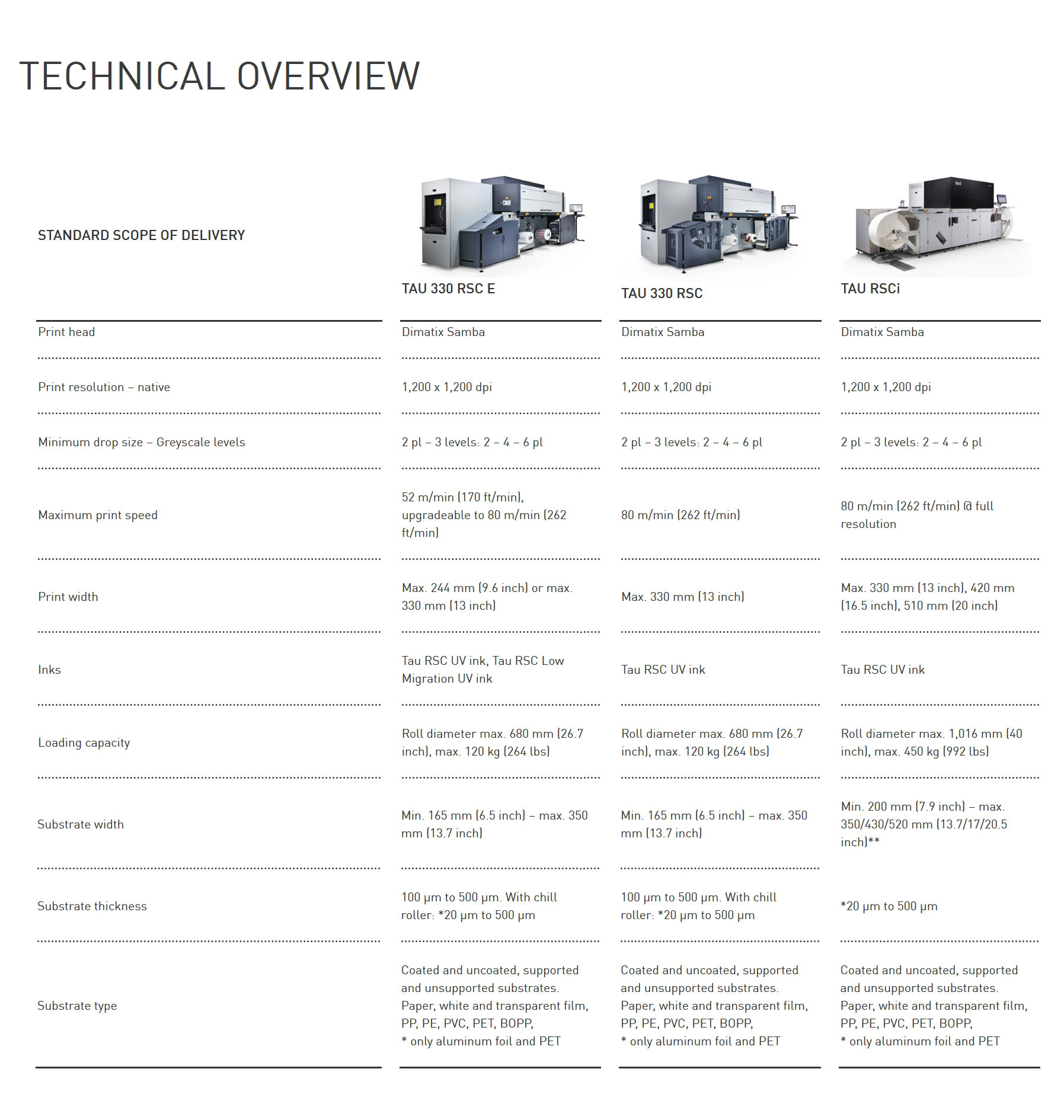 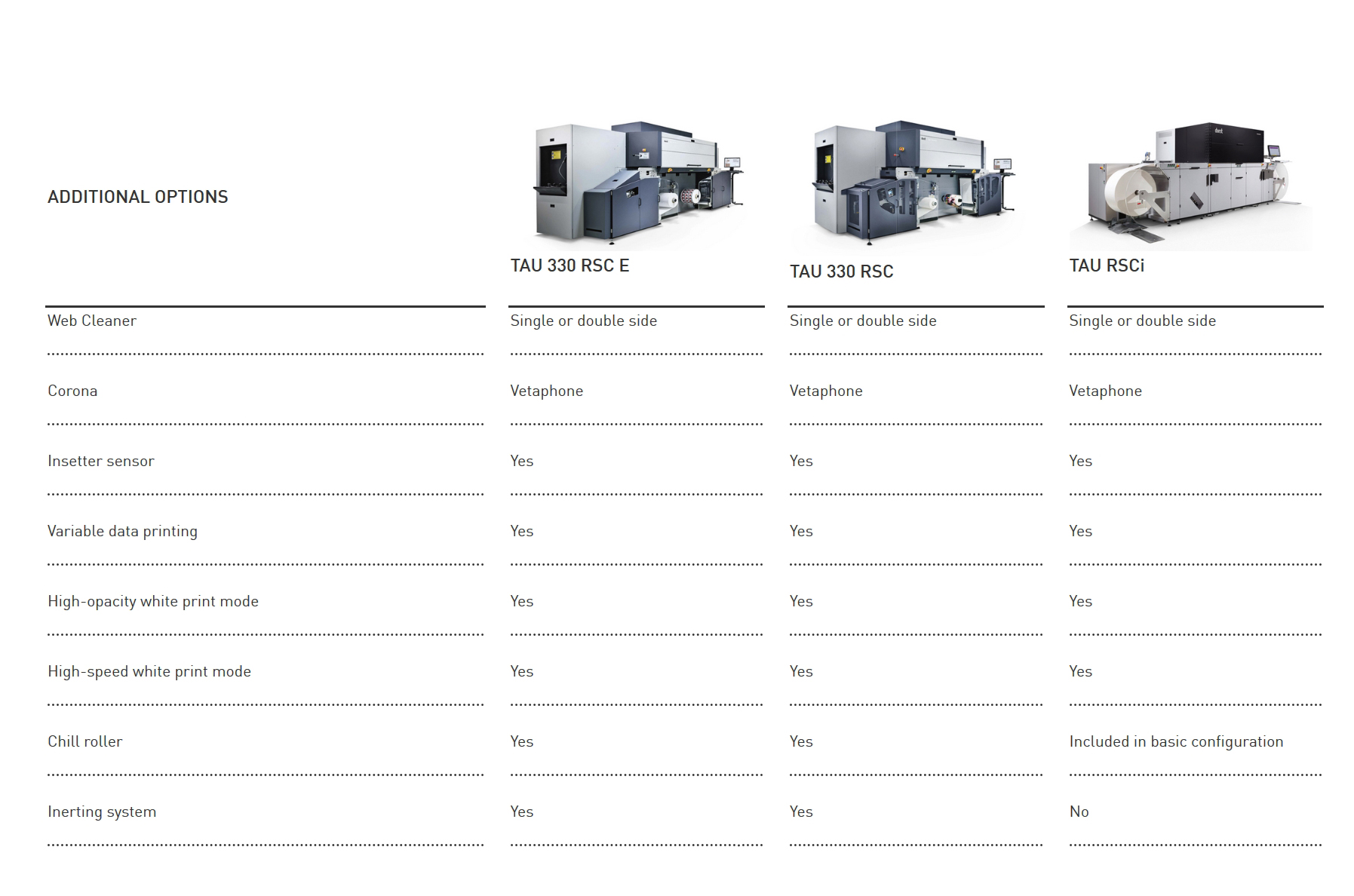 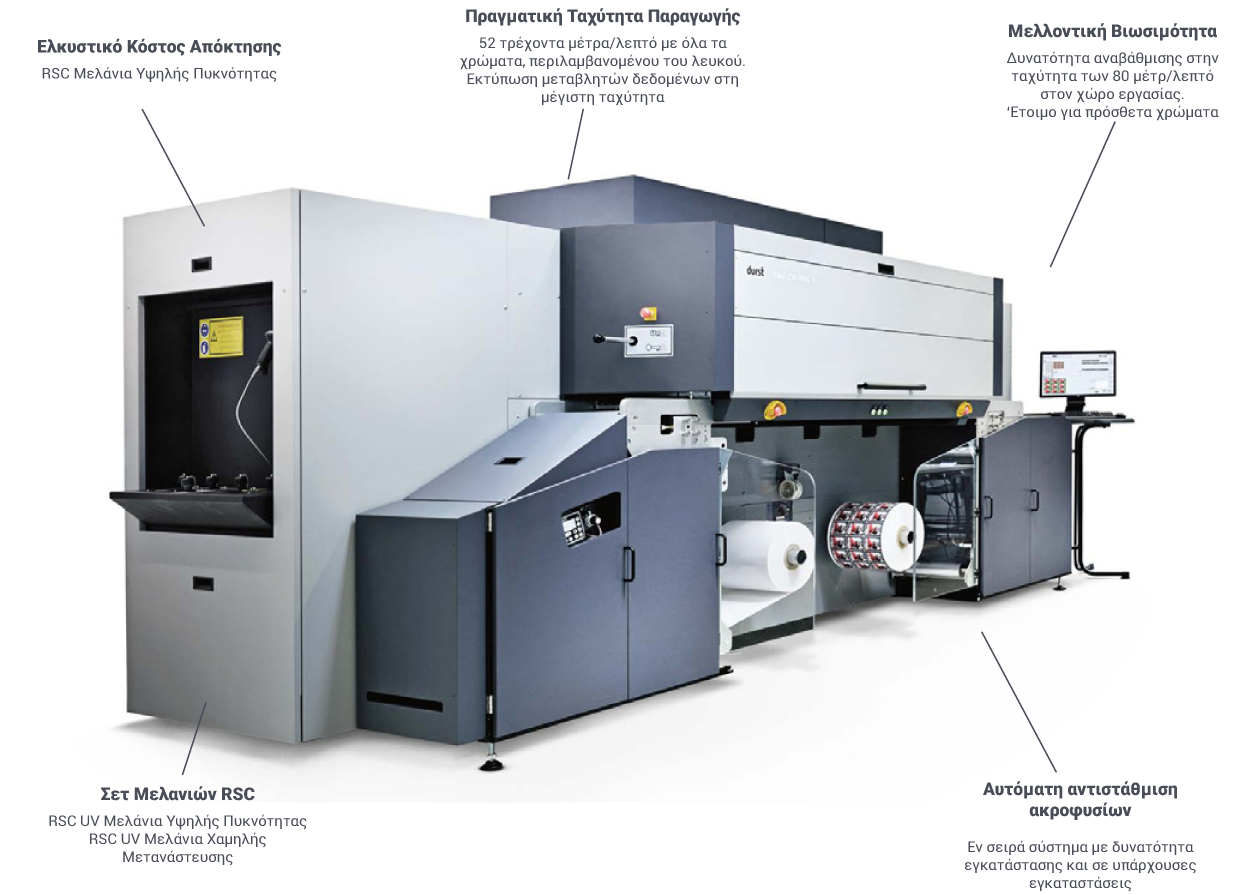 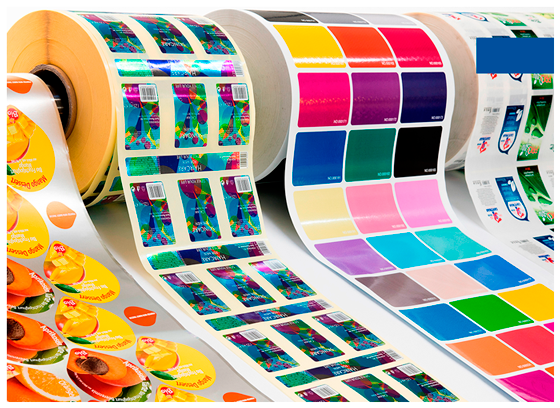 Among the new features of the Tau RSC printing system portfolio, two new printing features are of great interest:

Print shop, Media Resources, credits large format 3D printing for their annual revenue increase of $1 million. The veteran PSP has leveraged the technology in order to evolve their offering to suit the changing market. This Canadian company had been seeking out new avenues of profit, pushed by co-owner, Steve Gallow, and given the ever-present challenges of product commoditization. They found what they were looking for, seeing an amazing return on their investment in a Massivit 3D printer. Mr. Gallow has many insights about the market, especially what it was like being an early adopter of large format 3D printing.

Steve Gallow often describes his experience of being an early adopter of digital printing as stumbling upon a lottery ticket. While he reaped the reward for a while, eventually the market would catch up and offer intense competition. That slowed his revenue, turning it into a “scratch off” lotto ticket. Eventually it trickled down to just trying to make a little money on razor-thin margins.

“Due to commoditization, services like digital vinyl printing that used to be charged at $12 per square foot are marketed today at just $0.65 per square foot!” bemoans Gallow. Bringing in a large format 3D printer has helped Media Resources evolve their business and control their profitability to a much higher degree. Being one of the first owners of a Massivit 3D printer in Canada, they can set their own prices while offering services that simply don’t exist elsewhere. It’s a huge move that is already paying off.

As one of the first owners of a digital printing press, Gallow understands how the excitement of a new technology can grow into an outstanding business opportunity. He had experienced how digital printing had been received and instantly understood what he had on his hands. “The hype, the media attention, and the way that the market grew was unbelievable,” he said in a recent webinar.

More than a decade later, Gallow felt the exact same when seeing a Massivit 3D printer creating displays and models in real time at a conference. He described the moment of seeing over a hundred people crowded around this huge machine, and the awe of what it was creating right there in front of them. If Media Resources was to expand out and find new profit sources, this was a prime opportunity. Only a month later, their very own Massivit 3D printer arrived at their facility. Its combination of size, speed, and creative freedom has enabled them to dive into new markets. Where they had trouble breaking into the movie industry, for example, it has now become 50% of their business. They’ve since entered other sectors, such as sports events and museums.

Paul Bunyan prop for “IT” movie, based on Stephen King’s novel

While you can argue about the overall effect of making a big change to your business, you can’t argue about the data. “In our first year, we’ve added $1 million in extra revenue related to 3D displays, signage, and props,“ Gallow explains. That’s the type of return on an investment anyone would be happy with, and it is only the start as leads are streaming in.

“The hype this technology drums up is phenomenal. We used to get one lead per month through our social media channels, but since purchasing a Massivit 3D printer, now we’re getting an average of 3 leads per day,” he gushed. That’s an astronomical increase, and it is brought about by having a product offering that is so new and exciting, as well as being effective. Leveraging the buzz around large format 3D printing has done wonders for their numbers.

PSPs are also noticing that the technology is a great conversation starter. “3D printing gives us another reason to pick up the phone and talk to customers,” Gallow confided. “It’s the most exciting part of our presentation to our clients.” When the enthusiasm is palpable both on the part of your own salespeople and your clients, great things happen. These conversations can quickly escalate into sales, as clients realize the immense possibilities that large format 3D printing brings.

As Mr. Gallow explains further, “It inspires the advertising agencies to experiment with new ideas as well, and then they approach us and ask ‘So does this mean you can do this?’ It is helping to start exciting, new conversations.” From a look at their early and consistent success, Media Resources has been able to turn these conversations into closed deals, and have changed the way they do business, period.

For a deeper look into how print services are growing their business with large format 3D printing, be sure to read the Ebook, 5 Reasons to Incorporate 3D Printing into your Wide Format Digital Print Business.