How metal additive manufacturing will alter the automotive industry 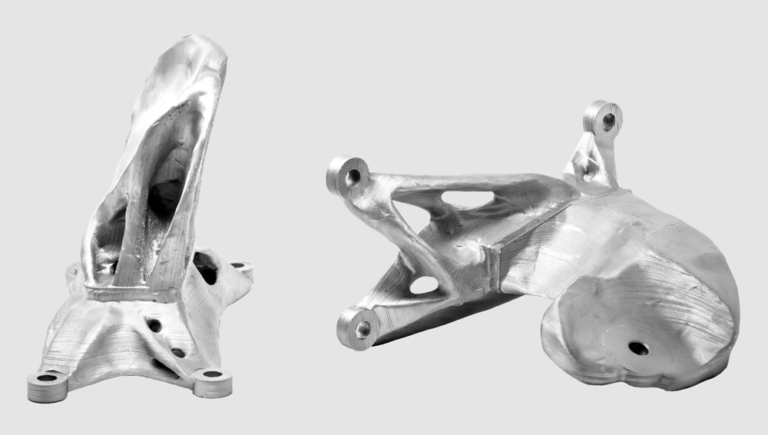 In a recent interview with Jonah Myerberg, co-founder and CTO of Desktop Metal, we explored how metal additive manufacturing, including desktop printers, will affect automotive design and production.

Desktop Metal printers are used in a number of industries, with automotive one of the major ones. Ford and BMW were early adopters of Desktop Metal’s technology and have become investors. Mostly, these companies are using metal 3D printing in vehicle short runs but they have ambitions to move into mass production.

Here are some of Myerberg’s observations about the use of metal 3D printing in the automotive industry.

–AM is going to be both a tool and a game-changer. It’s a tool because it will be required to do a vehicle design job efficiently and competitively. Designers will need 3D printing in one way or another to be able to react quickly to customers and their demands, prototyping components and parts to change and innovate, as well as to produce low volume components, and to remain flexible for their customers.

–It will be a game-changer because it will enable specific needs for products like the electric vehicle for lightweighting.

–It’s also going to be a game-changer in that it will help equalize the field for small companies trying to compete with the big companies. The automotive industry will see a birth of new tier-one suppliers focused on AM. And it’s going to change the way that designers think about automotive design.

–Metal AM can be applied to any component within a car. Materials are available that tolerate the temperatures and offer the strengths of more traditional alloys used in the engines and suspension systems and transmissions. “We’re going to see additive manufacturing playing in every aspect of a vehicle,” noted Myerberg.

–The Circular Car Initiative. One focus of the world economic forum is how to make transportation systems more efficient and less impactful on the environment. Electric vehicles, hybrid vehicles, and hydrogen vehicles will play on that. But what’s not often thought about is the impact that the actual car itself will have once it’s reached its end of life. “All of the things done to make the car more efficient, such as low weight plastics, could become a problem. What do you do with those light weight plastic components at the end of a car’s life? You can’t melt them down and turn them back into plastic again,” he noted. 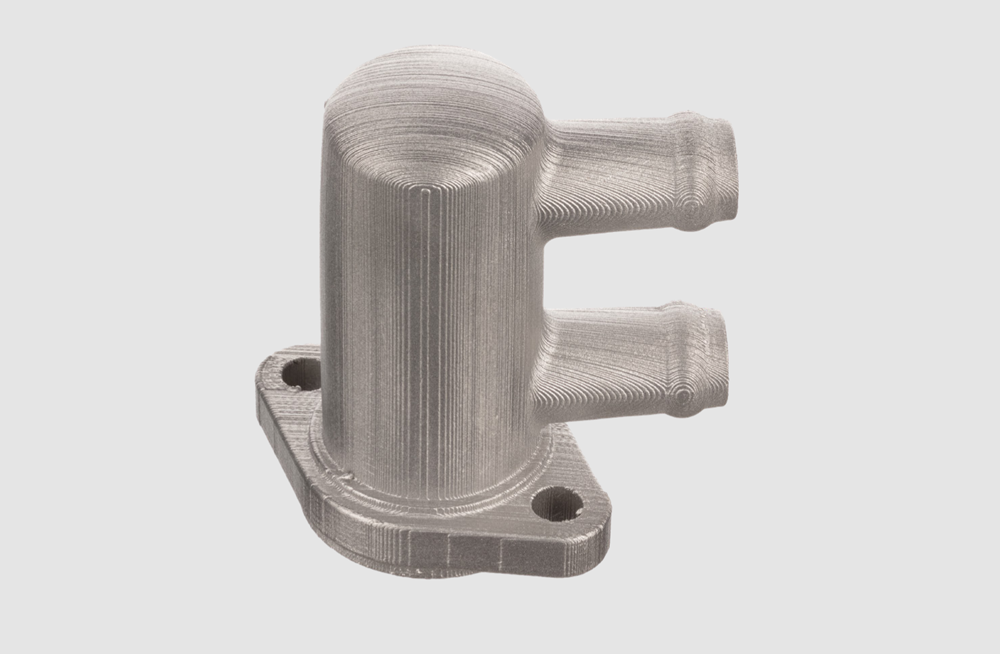 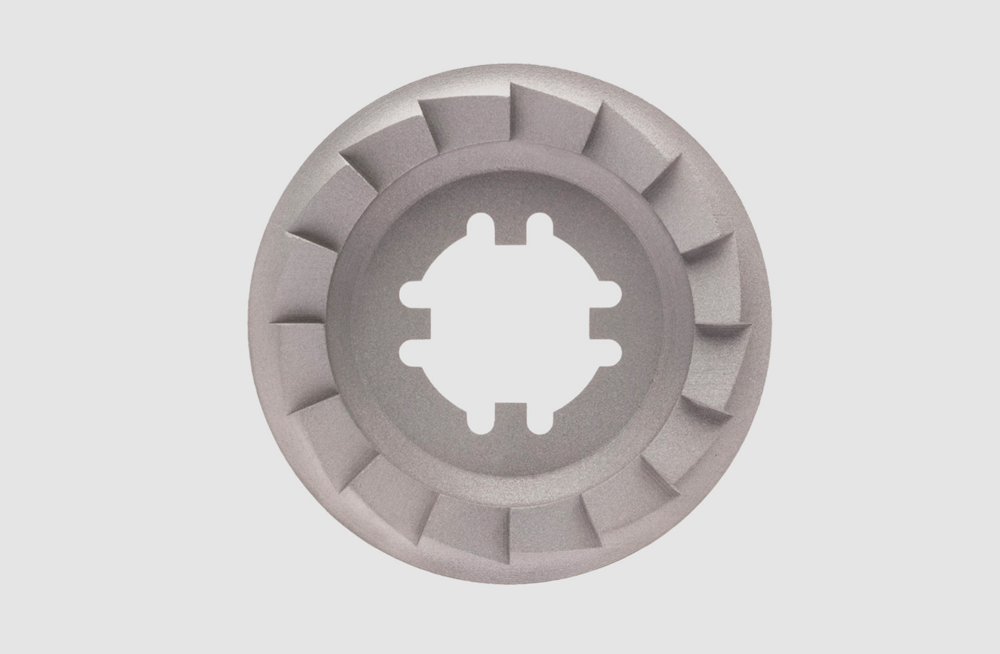 Metals can be almost endlessly recycled. The circular vehicle initiative is looking for answers and looking for ways to make vehicles fully recyclable. Some parts can be repurposed. Battery packs in electric vehicles reach a point where they are not useful in the vehicle, but they still have energy in them. Some are being used on the electric grid and will work for another 10 or 15 years. “This type of creative thinking is extending the lives of the automotive components, reducing the impact that the vehicle has on the environment after its death.,” noted Myerberg. “We’re going to see plastic components being replaced by metal components for that reason.”

Many of the complex assemblies inside a vehicle are assemblies of composites of polymers, or metal components buried within the polymer composites. “These complicated assemblies are ripe for that type of additive manufacturing that can step in, combine three, four, five, 10 parts into one and replace an entire system with single or multiple components that weigh the same or less, take up less space, and are fully recyclable. Also, such parts often require the use of injection molding machines to produce, which can be a huge investment on the part of the OEM or the tier one molder, especially if changes are involved,” said Myerberg.

For the engine compartment, now there are high strength, high-temperature polymers available. But metal materials offer higher ranges. Replacing plastic components with metal ones lets designers raise localized temperatures. Some vendors are looking into using metal to protect components or be combined with plastic components.

–One of the limitations of most 3D printers is the build size. “I’d love to say we can print a car chassis or body because these are hugely complicated assemblies that are very much static assemblies designed for crash and stability and stiffness, but with no moving parts, welded together. It would be fantastic to optimize a body into a single piece and print it. We’re not there, but we are certainly working on technologies that will get us there if that’s the end game. We want to see these parts grow out of the 3D printer in real size and real and in a single form.”

–Several 3D printers let designers place mechanical characteristics exactly where they want them. For example, one area can be flexible and a different area can be stiff. That opens up possibilities for engineers, enabling them to design a chassis as much for performance on the road as for manufacturability.

“To be able to design an entire vehicle at one time and then print it out and have it be optimized for crashing, impact, suspension, performance all in one, that’s really exciting, but we’re certainly not there yet. In fact, we’re up against current manufacturing processes focused around sheet metal. Products that require parameters like width, flatness, and low profile (for stamping) are not the easiest things to 3D print in metal. Sheet metal is not a friendly design and so designers, if they’re going to replace a sheet metal fabricated assembly with a 3D printed part, they will have to go back to the drawing board and redesign it under the loads that are being placed on it.”

One of the tools that will help such a redesign is generative design, because it uses AI to do the heavy lifting.

–Additive manufacturing is a bridge between concept and final mass production. “And we’re seeing that happen all over the place where some customers or some designers, they don’t have the time or they don’t have the money to invest in the tooling that’s required for the part, while 3D printing allows them to do that, they allow them to jump in and test a design without having to invest in that tooling. 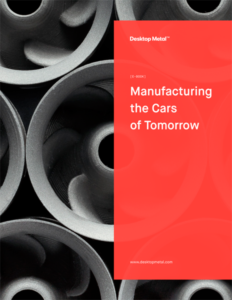