In the vintage race car community, everyone knows him, even if he doesn’t like to put himself out there. He is the man to see when it comes to making new from old: Mr. Friedrich Burgstaller, managing director of FB Prototypen GmbH.

For more than 30 years he has been pursuing his absolute passion: Rebuilding historic racing and sports cars. Our partner WESTCAM in Austria met him for an interview and asked him about his work and the “project powered by WESTCAM”. 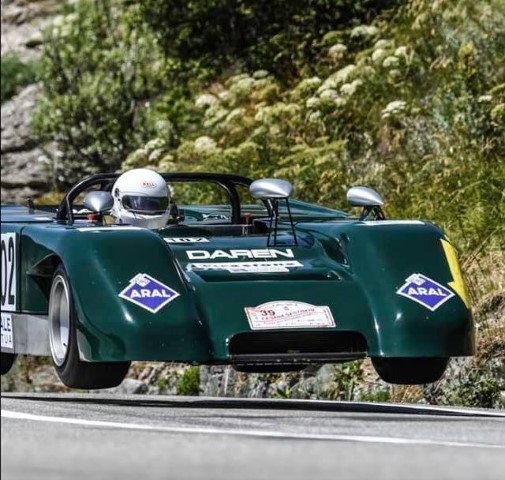 When you enter Mr. Burgstaller’s workshop, you have more the feeling of having landed in a British living room than in a car repair shop. At first glance, it is clear that the work here is done with passion and love.

As old as the car bodies are that end up in his workshop, as modern are the technologies he uses for their repair and maintenance: He recently started using 3D measurement technology. 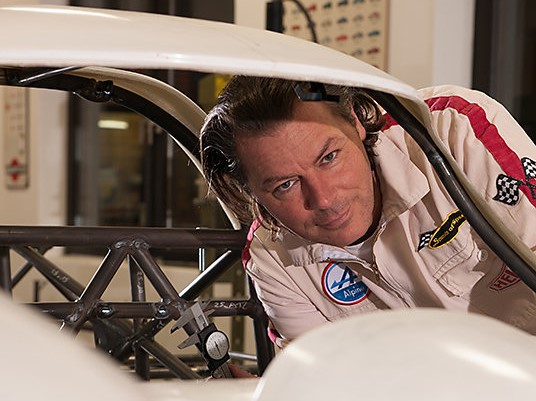 WESTCAM: Mr. Burgstaller, you are involved in something unusual: rebuilding historic cars. How did you get into this?
Mr. Burgstaller: All the race car manufacturers were in England at the time, so they were very far away. There were still borders and no Internet. If you wanted to rebuild something in Austria, it was very difficult: you had to rely on word of mouth. And there was no money, so you had to do it yourself!

My father once said to me: “Watch out: All beautiful technical things are built with two hands. You have two hands too! You just have to take care of it”. He had a car workshop himself and built vehicles, but municipal vehicles. I was more interested in English sports cars. So I traveled to England a few times to learn from the master craftsmen in the workshops there. And have stuck with it over the years. For some time now, I’ve been doing this full-time.

WESTCAM: What tasks and challenges do you have to deal with in your daily work?

Mr. Burgstaller: In historic racing, which is faster today than ever before, you can no longer race with 50-year-old parts. They crumble, due to oxygen, aging and vibrations. The old parts can’t be repaired, which means you have to make them new. That’s why probably 80% or more of the cars in historic racing are partially or fully rebuilt. When you rebuild historic cars, the question is always: How did they really build and work in the past? There are hardly any records and plans. Documentation and archives didn’t exist in the 60s, or they didn’t have the quality that one imagines today. Often, vehicle plans were only traced in the archives 20 years later. That’s why my task is to find out: How did the foremen on the workbench actually work back then? And for this, a 3D scanner is of course a perfect tool. It allows you to really look at exactly what they were doing.

WESTCAM: That’s why you approached WESTCAM. What exactly was your challenge and how could we help you?

Mr. Burgstaller: I had a customer’s car in front of me, of which only three were produced in total. There were no documents or molds, nothing. Only the car. 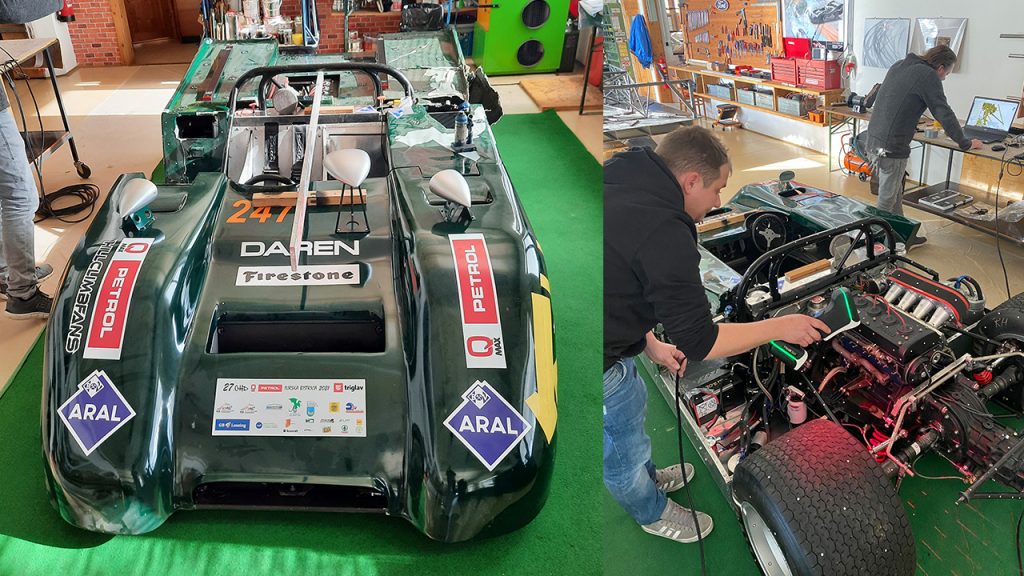 WESTCAM: How exactly was the task implemented? What was the approach

Thomas List, WESTCAM 3D measurement technology expert:
Based on photos of the broken vehicle, we assessed which system could be used to solve the task. We came up with the T-SCAN hawk relatively quickly because it is compact, mobile, and easy to use from data acquisition to delivery.
For the scan itself, we proceeded like this: We applied a reference point backdrop to the car. Then we photogrammetrically measured it with T-SCAN hawk’s integrated photogrammetry. This way we got a point cloud. Through this point cloud, you immediately have the orientation in 3D space as well as maximum accuracy on large surfaces. Based on this point cloud, we scanned the rear of the vehicle. The scan was then oriented in 3D space according to Mr. Burgstaller’s wishes and filleted into individual sections to get the 2D lines. The STL data was then provided to Mr. Burgstaller.

Mr. Burgstaller: I was then able to use reverse engineering to remodel the rear end, based on this mesh pattern. It was even possible to add historical changes: Old photos showed that the body used to look different 30 years ago. We were then able to incorporate that. This means that we are now even closer to the original than the body was before! The crash also destroyed the exhaust system. We then used the scans to be able to reinstall the new exhaust system under the body in 3D space.

WESTCAM: And the result? Were you satisfied with the work of our “WESTCAMers”?

Mr. Burgstaller: I was very satisfied, of course. The data is super processable. I’ve already had a bit of experience: In the first years when this started with scanning, I already tried a 3D scan from another service provider once. At that time, I was not satisfied because the data was not processable for me. But the data now from WESTCAM, the way it was handed over and aligned, was perfect. 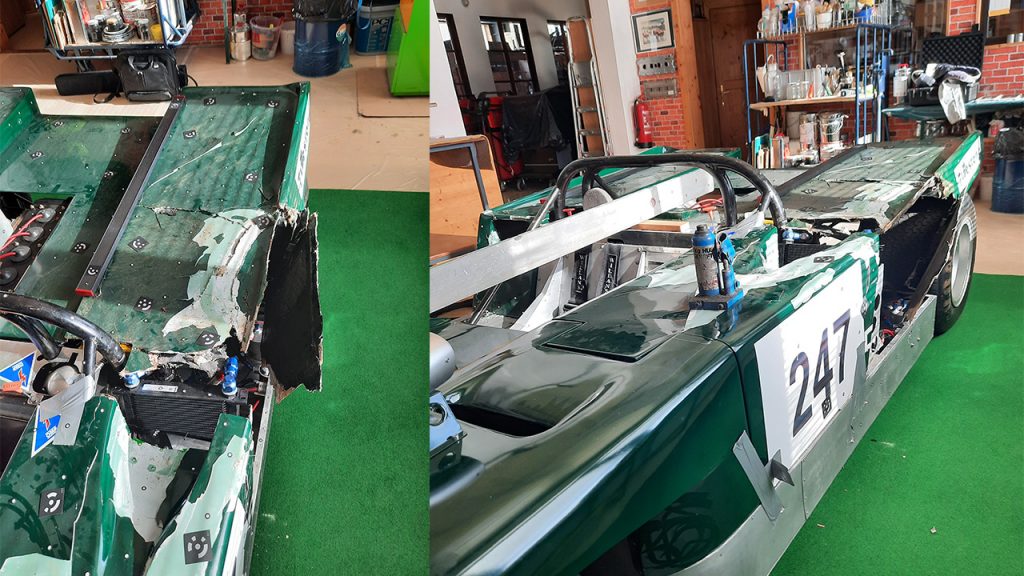 WESTCAM: What happens now? When will your racing car be allowed to breathe real racetrack air again?

Mr. Burgstaller: I hope very soon! We are hard at work: We have already redesigned the destroyed exhaust system using virtual assembly analysis, also known as digital mock-up, and adapted it to the available space. Furthermore, the multi-part laminating mold could be milled. Now nothing stands in the way of the production of the fiberglass chassis. As you can see: We are full speed ahead and soon “ready to race” again!

This in one of the projects from our HandsOnMetrology partner WESTCAM in Austria. If you like to get in contact with partners in your area, find your local dealers here.