These gorgeous bowls were made out of 3D-printed sawdust 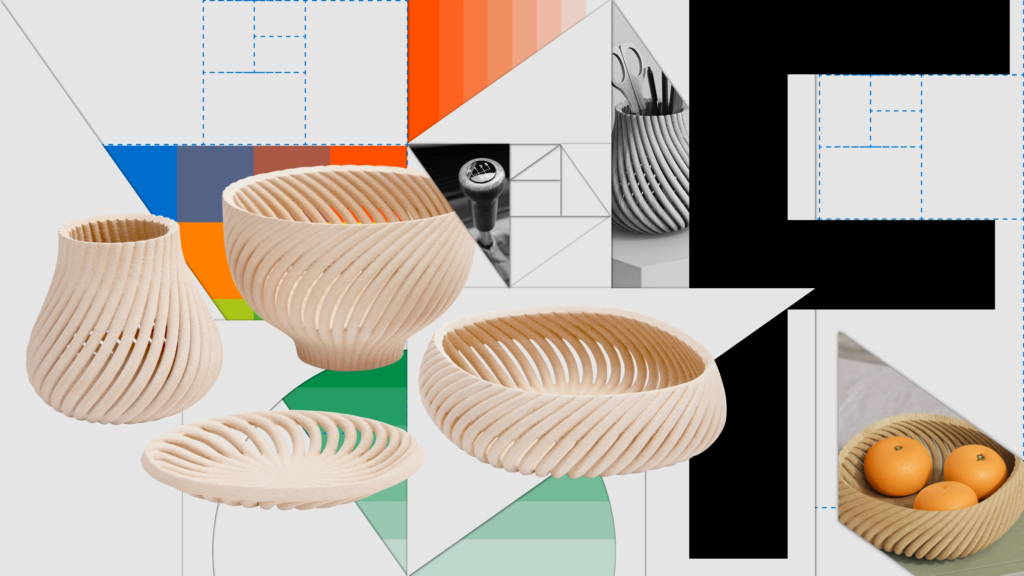 One man’s trash is another man’s treasure, and the old saying couldn’t be truer of the waste industry. From food to packaging to the construction industry, waste is everywhere—but sometimes it can be turned into something more.

Take sawdust, something most companies consider waste. Not Forust. In May, the startup launched a technology that uses upcycled sawdust and other byproducts from the wood industry to make 3D-printed objects that look like traditional wood. A winner in the Materials category of Fast Company’s 2021 Innovation by Design Awards, Forust can create virtually any item, from home goods to intricate architectural detailing. It can also replicate any kind of wood, from ash to mahogany, making it a viable, sustainable replacement to traditional wood. 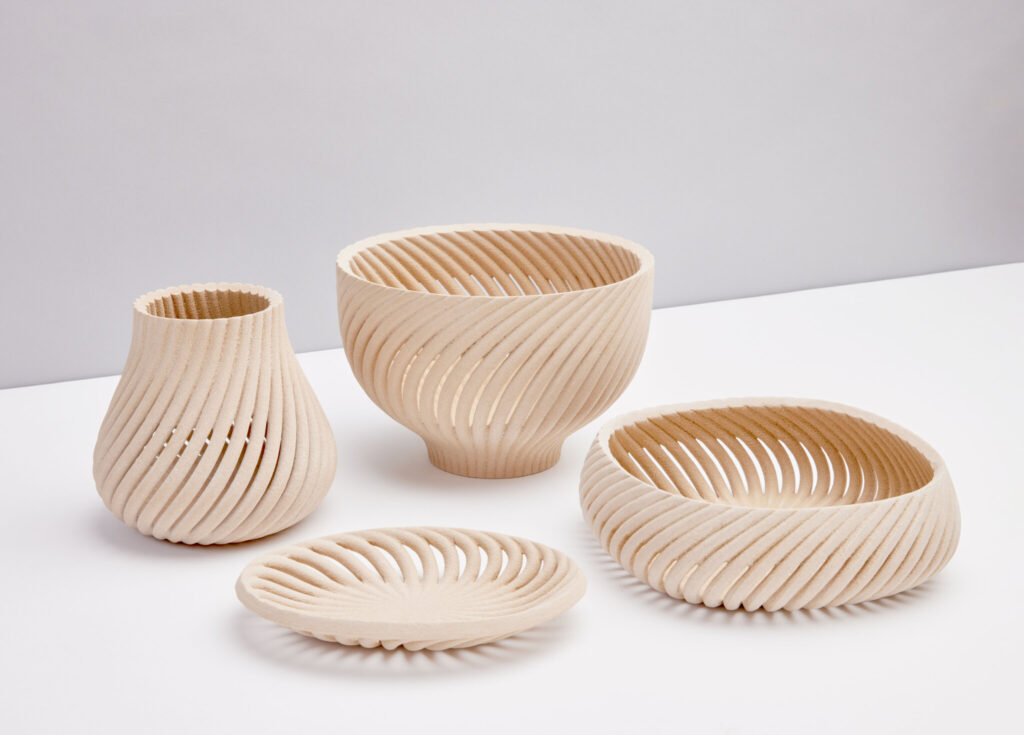 “There is so much wood in architecture,” says Virginia San Fratello, chair of the design department at San Jose State University and cofounder of Forust. “How could we create a 3D-printed wood product out of this material that is otherwise headed to landfill?” While sawdust is biodegradable, when it decomposes in large quantities in landfills, it releases high concentrations of lignin and fatty acids, which then contaminates water supplies. 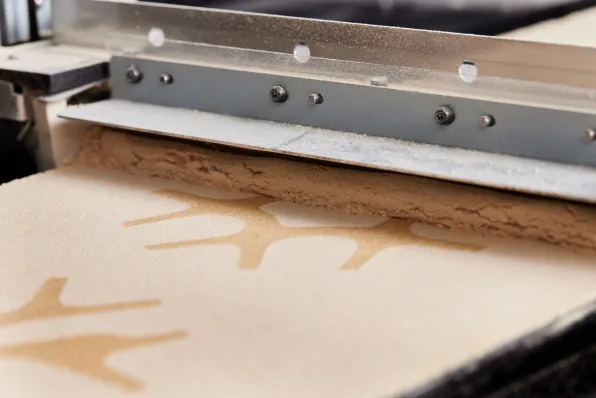 Forust is a subsidiary of Desktop Metal, a company that has been 3D printing metal since 2015. The process goes something like this: Thin layers of sawdust are spread onto the bed of Desktop Metal’s 3D printers, which have been modified to print with wood products. San Fratello says the parts that come out of the printer are delicate, so they’re treated with a non-toxic binder like lignin (a natural polymer found in the cell walls of woody plants) to make the material more durable. For an object the size of a small vase, the process takes about two hours, and is finished with traditional wood treatments such as sanding, staining, or dyeing. 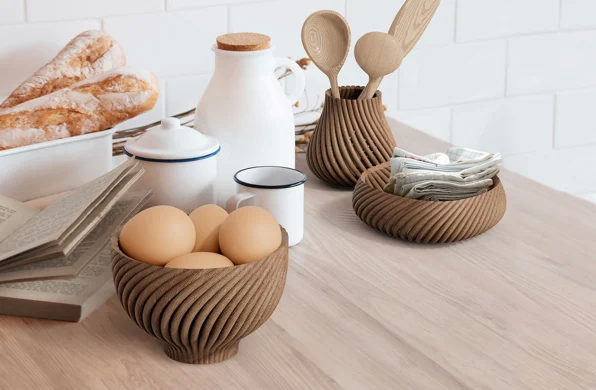 As proof of concept, Forust collaborated with Yves Béhar’s Fuseproject, which designed a homeware collection including a pear-shaped vessel, a bowl, a basket, and a tray, all using the Forust technology. “We developed an algorithm that will lay down a pattern onto each layer as it’s being 3D-printed,” San Fratello says, “we build a faux wood grain that looks natural.”

The team has done early experiments with color, but the biggest challenge remains the scale. Due to the limited size of the printing bed, objects that are larger than around 8 inches have to be made in parts, but San Fratello says they’re finalizing work on a robotic arm that will facilitate much larger-sized objects. 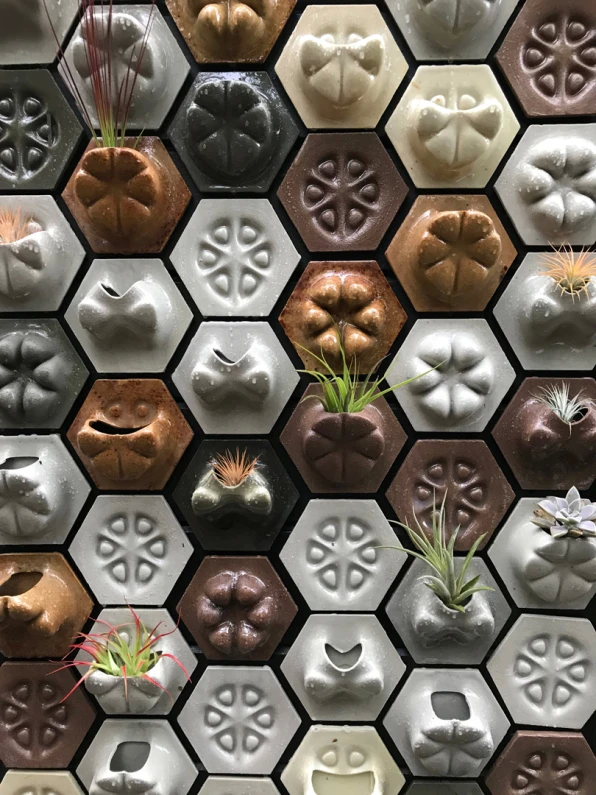 Soon, the possibilities will be endless, from doorknobs and wood paneling for high-end vehicles, to furniture. Right now, anyone can upload a 3D model and Forust will print it, provided the final product is smaller than 8 inches. But the startup is also developing in-house products, including wall tiles that can hold plants, furniture, and even 3D-printed light fixtures in collaboration with a London designer. “Anywhere that you see wood, we could use 3D-printed sawdust,” says San Fratello. 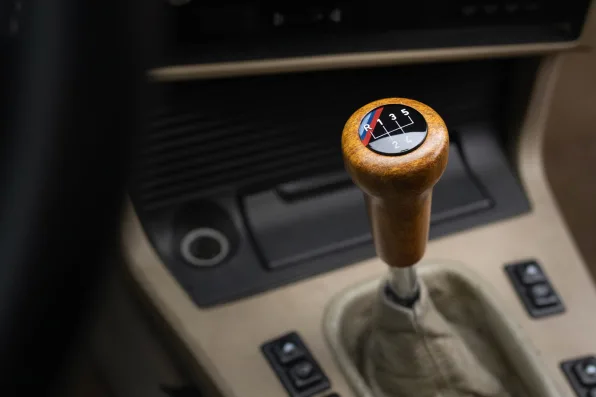 The team is even working toward 3D-printed wood that’s strong enough to be used in buildings. In a future not so far away, we could see 3D-printed structural columns with ornate, intricate detailing that can otherwise only be carved by hand. “I could 3D print something that might take someone else hundreds of hours to carve,” San Fratello says.

This may sound like a threat to craftsmanship and handmade artifacts, but San Fratello insists the two can coexist. “I don’t think 3D printers and robots are going to take over,” she says. Like a hammer or a table saw, the 3D printer will just be “another tool in the tool kit.”