EnvisionTEC CEO Al Siblani—whose firm is being purchased by Desktop Metal—discusses photopolymers’ move from prototyping to production. He gets into how he sees the sale will impact his company, as well as Desktop Metal and the 3D printing market in general. For the uninitiated, he also patiently explains how the 3d printing of polymers has progressed over the years. Last but not least, he details EnvisionTEC’s plans for growth—and asserts that the cost of 3D printing has reached a point where it is disrupting plastics.

Click on the picture to listen to Smart Manufacturing magazine’s “3D printing is about to disrupt plastics”podcast with Envisiontec CEO Al Siblani, invited by Brett Brune. 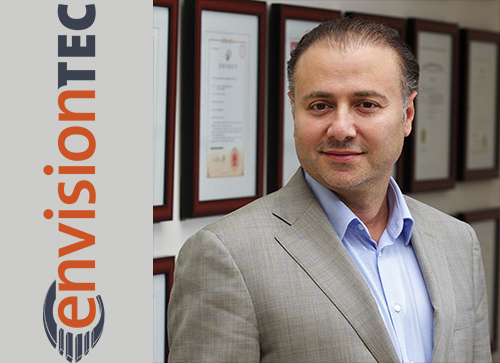