Over the past few years, 3D printing has been transforming the jewelry industry. The introduction of 3D printers gives jewelers the capability to produce castable, high detailed parts in a fraction of time. But not all 3D printers are created equal, and casting results may vary widely, leaving some custom jewelers and manufacturers frustrated.

Additive manufacturing cuts production time dramatically when compared to traditional hand-carving methods and lately there has been a race for developing faster 3D printers for jewelers to produce rings in a matter of minutes and not hours. But does build speed really matter in 3D printing?  Should you have to sacrifice quality to achieve it?

With a long standing history of 3D printing innovation, EnvisionTEC focuses on real solutions to real application problems. The company introduced its patented Continuous Digital Light Manufacturing (cDLM) technology so that jewelry professionals wouldn’t have to choose between speed and quality. 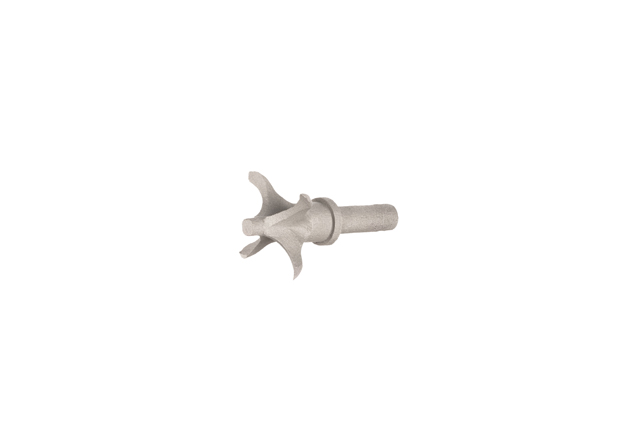 DLP technology, which was first developed and patented by EnvisionTEC, has been the gold standard for 3D printing jewelry.  A standard DLP 3D printer builds parts in layers, one layer at a time. Each layer must be exposed to the light source and the time of exposure is defined by layer thickness and material reactivity. Once a layer has been exposed, and the specified layer is formed, a layer separation procedure is performed to peel the layer from the bottom of the material tray and replenish fresh resin to cure the next layer.

Over the years, EnvisionTEC has perfected a number of patented methods of minimizing the effects of this peeling separation, with highly castable options available to the jewelry industry that are widely used from custom designers to large manufacturers.  But there are limits to the amount of wax that can be used with DLP 3D printing.

When using wax-based materials, the exposure times are typically three to four times that of regular plastic acrylic polymers. The higher the material castability (i.e. wax content), the slower the exposure time. A number of other 3D printer manufacturers claim that they can produce rings in minutes using a standard layer peeling process. However, their resins contain much more plastic than wax, resulting in less than optimal casts with significant surface roughness and porosity.

EnvisionTEC’s cDLM technology works by adding an air gap (similar to the air gap below the puck on an air hockey table surface) between the part being built and the bottom of the material tray.  By building a floating layer, the separation forces are completely eliminated – so there is no peeling at all.  With no separation forces, cDLM 3D printers are able to print resins with up to a 90% wax fill (Easy Cast 2.0), allowing for patterns that are as easy to cast as any traditional hand-carved or injection molded wax pattern.

On top of all of this, the cDLM process is fast, allowing jewelers unprecedented manufacturing turnaround times. Traditionally, 3D printing castable materials would take hours to build. However with the cDLM technology, bridal and fashion rings can be designed, grown, and ready for investment casting the same day, which is a huge advantage for the jewelry market.

EnvisionTEC’s combination of 3D printers and its range of exclusive materials provides Isaac with a real competitive edge. Click here to see a video of Isaac Cohen and others describing why they chose cDLM technology.

Please do read the original article by Team EnvisionTEC here or visit EnvisionTEC.com to learn more.