Brixen, Italy – 14.05.2020 – An investment in a Durst Tau 330 RSC E single-pass digital inkjet label press is a strategic move by Megalabel benefiting from a direct service structure, parts and support in Brazil provided by Durst, manufacturer of advanced digital printing and production technology.

Owner Marcio Romano says cost-effective, industrial scale production at very high quality and speed will fill the gap between flexo and short-run digital production. “We closed a deal in practically three days,” said Mr. Romano. “Knowing that we can count on a service structure, parts and support here in Brazil is an important differential. It gives us the confidence to bet on a technology that will certainly bring us a unique competitive advantage.”

The arrival of Durst technology at Sao Paulo-based Megalabel has a strategic role. Now, the company will be able to produce in high quality and at an extremely affordable cost for longer runs of labels using digital technology. “Durst Tau 330 RSC E puts us in a different position in the market, as we are reference in terms of production technology,” said Mr. Romano. “In our premises, we have the three options available today for printing: flexography, digital printing for short runs, and Durst digital printing at an industrial level of very high quality.”

Among the highlights of the Tau 330 RSC E, Mr. Romano reinforces high print resolution and speed. In addition, for him, the agility in service and the security of reaching negotiations was only possible thanks to the presence of Durst’s structure directly in the country. 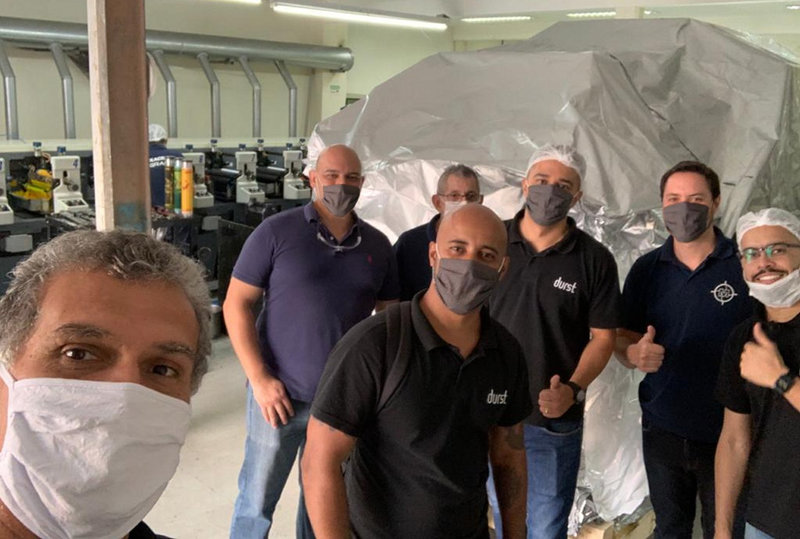 When Megalabel was founded 12 years ago, Mr. Romano, had a very clear focus in mind: offer very high quality to produce labels in short runs for the market. Today, the company has a consolidated name in the segment, producing short and large production runs. “For this, we invested in flexographic technology and also in digital printing”, explains Mr. Romano. However, the other digital technology in use at Megalabel was “high cost” when larger volumes on an industrial scale were needed. “It was to cover this gap between flexography and digital printing in short runs that we invested in the technology of the Durst Tau 330 RSC E,” said Mr. Romano.

With support for widths up to 330 mm, the Tau 330 RSC E prints at 52 linear meters and with the optional speed upgrade up to 80 linear meters/min. This corresponds to a production capacity of 1,485 square meters/hour at a print resolution of 1200×1200 dpi. It can produce in up to 8 colors (CMYK, plus White, Violet, Orange and Green), thus covering almost 95% of Pantone colors at a lower cost.

Helmuth Munter, Label & Flexible Packaging Segment Manager for Durst Group, said: “The Durst Tau RSC E brings affordable, industrial scale digital production to increasing numbers of forward-thinking companies such as Megalabel. The fact that we have dedicated teams in Brazil offering direct service, parts and support locally is clearly going to be an increasingly important factor in decision-making going forward as we continue to build our business in South America and further afield.” 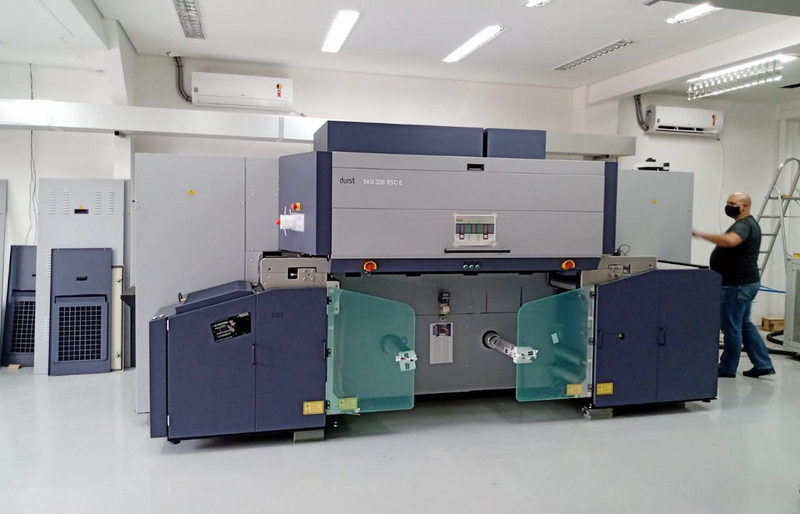